Mick Maag said:   August 26th, 2007 2:30 pm
Awesome shot.. www.logcab.com i own a bunch of cabins in S. E. Ohio. wish we could make it up, grew up on the weekend watching of the great comedy skits.. where do we get videos of old programing.. by the way... ask chuck if he knows anyone with the last name of Maag... dude could have been my father, they look like twins..

Jeff B. said:   August 24th, 2007 7:37 pm
Well- I've scraped up my pennies and got enough together to fly in from Florida for a day. I would kick myself for months if I missed this and am SO looking forward to the event!...

Lynne English said:   August 23rd, 2007 5:28 pm
Best of luck on your retirement "Big Chuck"!!! I have watched you forever. Everyone I know here in Conneaut will miss you!!

Ron Garnys said:   August 23rd, 2007 5:31 am
Man!, I remember watching Ghoulardi as a kid. I LOVED him!!! I left Cleveland in 73 and still to this day talk about the man behind Ghoulardi, Mr. Anderson. I loved his show, raw and just out there for that time. Cool it with the Boom boom's!!!

former clevelander said:   August 13th, 2007 10:42 am
Some of these folks look familar. I left Cleveland in the early 70's. I recognize Big Chuck, Ernie "Ghoulardi" Anderson, Hoolihan the weather man, Dick Goddard. I remember staying up late Friday nights to watch the movies. I think the best part of the movies was when Ghoulardi would put himself in them, following some scared person around, or making some wisecrack. I also loved the way he would blow up models with his boom booms. I wish I could be there for the Ghoulardifest. I'll have to keep an eye on this site, to see if there is one next year, because I will be there. Thanks for the memories.

Elwood Soul said:   July 10th, 2007 5:00 am
The soul Men are looking forward to entertaing everybody this year. We hope to see some people dress up as Blues Brothers!

Nancy Wasen said:   June 23rd, 2007 5:02 am
Turn Blue!! I am so excited that this festival is happening again. I was there for the last one and need a new sweatshirt and note paper! Wow, wait till I tell all my Ghoulardi loving friends. Thanks for making this happen again and see you soon! Stay Sick!

Gary Kuder said:   June 18th, 2007 11:04 pm
Just wanted to say hi, & to tell you how great it was to hear about the 2007 Ghoulardifest coming up in Medina. My wife & I attended the other 2 Ghoulardifests & had a FANTASTIC time. I'm going to miss Big Chuck & Lil' John on TV. I hope the Ghoulardifests can start to become more of a regular thing, it's always a great time.

Dr. Head said:   June 18th, 2007 9:39 pm
From myself Dr. Head and my assistant Cliff from "BOO!" Even tho I am in Minnesota now, my heart and soul are with you there. I am your biggest fan, but Cliff says that's just the size of my head. Anyhoosier, you still live! Which is more than I can say about our current President. If you keep your feet in the ground, they'll bury you! Happy Haunting! Dr Head & Cliff

Richard Lowery Jr. said:   June 11th, 2007 11:20 pm
Way To Go! Something for memories, and new fans can see who the local celebs were and what good clean comedy really is!

Doktor Goulfinger said:   April 3rd, 2007 7:44 am
Ahhhhh, yes! What other part of the country celebratres it's TV host history with such style? I certainly haven't heard of "Vampira Day" in Los Angeles or "The Greater Metropolitan Zacherely Festival and Swap Meet". All the best to Clevelanders celebrating the greatest horror host of all time! I hope to be there - budget willing... 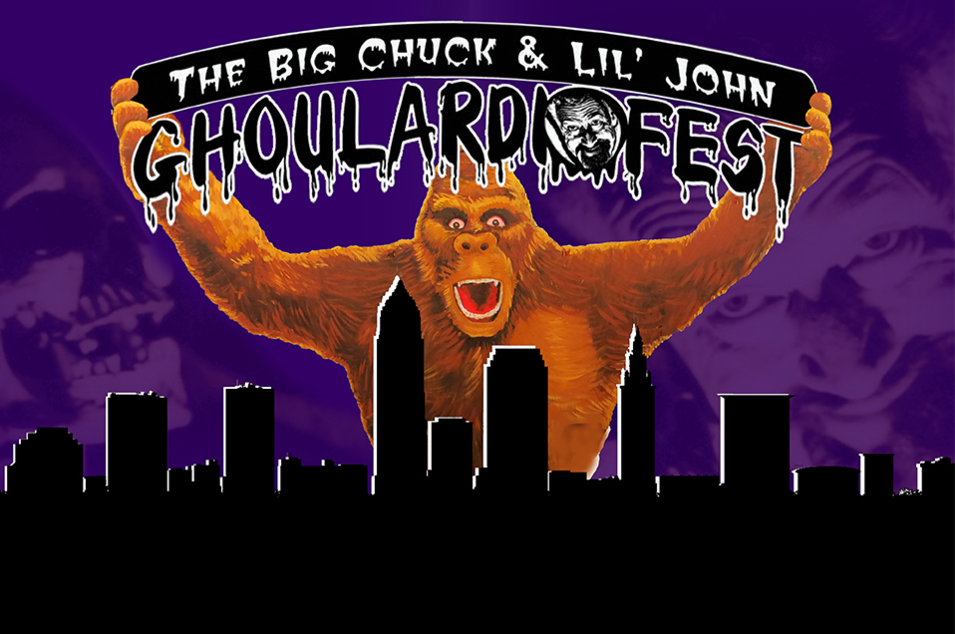